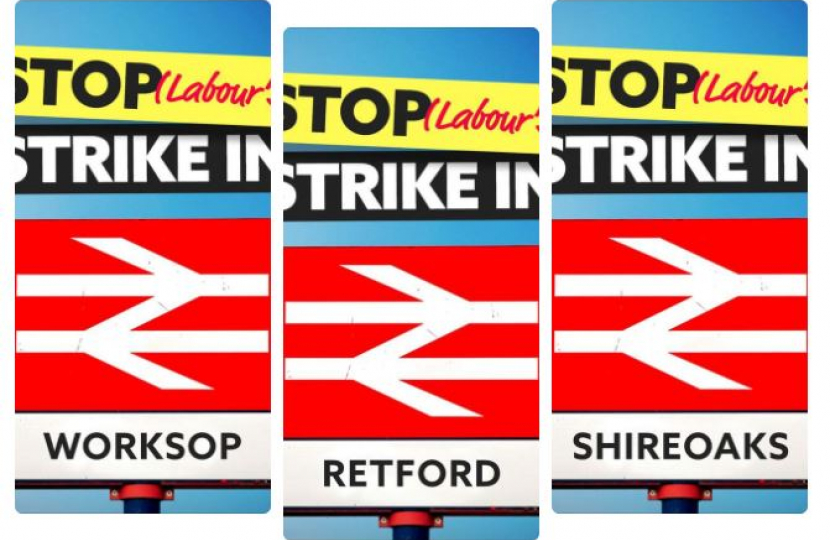 These strikes will hit millions of families in the pocket, costing them more to get to work. They will harm the economy, costing British businesses millions of pounds. They will also disrupt vital services, like operations on the NHS and GCSE exams.

RMT have donated almost £250,000 to the Labour Party and local branches over the last decade.

Five Labour MPs who have spoken out in support of the upcoming rail strikes have received a total of £20,000 in donations from the RMT union.

Labour’s strikes are timed to target:

GCSE and A Level Exams – affecting 10,000s of students, with at least 17 public exams disrupted.

Major sports fixtures – like the England vs New Zealand test match and the British Athletics Championships.

Major events like concerts – by Sir Elton John and the Rolling Stones.

Our railways are a proud part of our history, but they are struggling to keep pace with the needs of passengers post-pandemic – and are too often hamstrung by the antiquated and outdated work practices enforced by the trade unions.

During the pandemic alone we delivered £16 billion of emergency funding to keep the railways running – equivalent to £600 for every family in the UK or £160,000 for every rail worker. This level of subsidy is unsustainable, and shows why reform is needed now.

But instead of working with us to reform our railways to make them fit for the future – Labour and their trade union paymasters have instead jumped the gun and moved straight to strike action.

I do not support this awful strike and I am urging Labour MPs, Labour councillors in Bassetlaw and union members to demand they call it off. If you have a Labour representative who has not condemned this strike or stated their position publicly then ask them why.

Largest cut to personal taxes in a decade, slashing taxes for 1.6 million people across East Midlands