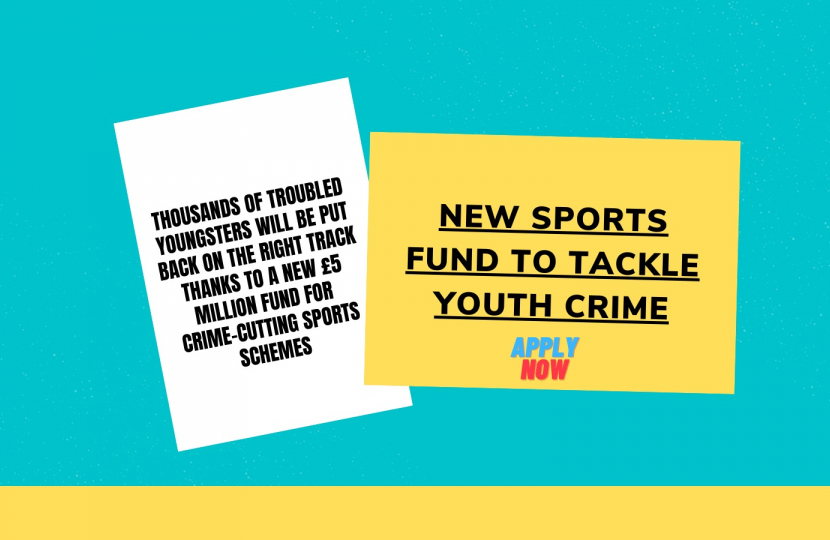 In November the government announced new spending plans to reduce youth crime. Thousands of young people across the country will be put back on track thanks to a £5 million support package for crime reducing sport schemes.

While the number of young people in custody remains at a record low, statistics show around 80% of prolific adult offenders in the country begin committing offences as children - with economic and social costs of reoffending costing the taxpayer an estimated £18 billion per year.

The new funding announced in November builds on the government's work to catch and prevent youth offending earlier than ever - helping to prevent these young people becoming involved in crime or anti-social behaviour.

Charities in Bassetlaw and across the country will bid for new money to run programmes designed to steer young people away from law-breaking and into positive activities aimed at teaching teamwork, resilience and discipline. The new investment is one of the largest youth injustice support packages in a generation, which will work to reduce crime and make streets safer for all.