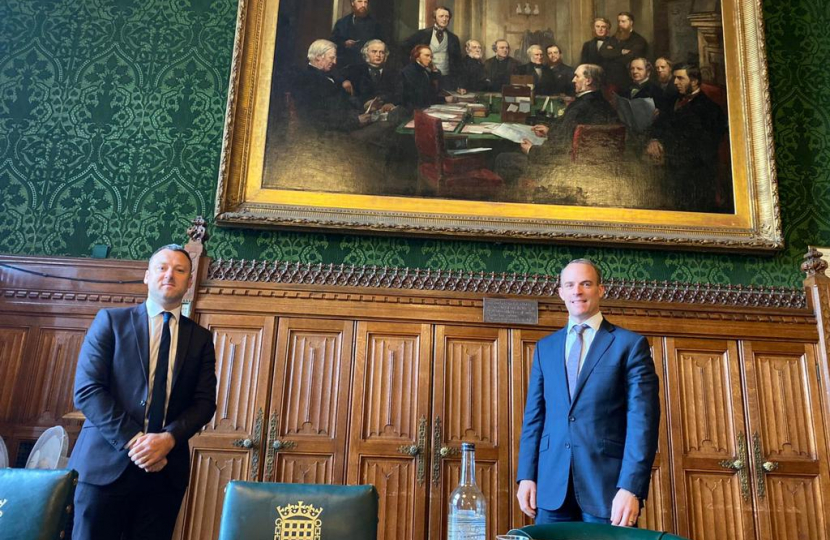 Magistrates will be able to issue jail sentences of up to one year for a single offence to help ease the backlog in the Crown Court.

Many constituents have contacted me over the last couple of years to share with me their frustrations at the delay in bringing some offenders to justice. There are few things more distressing than being a victim of crime and it’s therefore important that once people are caught that justice is delivered swiftly.

Covid caused backlogs in the already busy court system and therefore I have been lobbying government to do something about it.

The latest step to tackle the impact of the pandemic on the criminal justice system and is expected to free up around 1,700 extra days of Crown Court time each year.

Previously, magistrates could only issue a maximum of six months in prison, despite often hearing cases that warrant a longer jail term and they would need to be sent to a Crown Court for sentencing by a judge.

The move allows more cases to be sentenced in the Magistrates’ Courts, meaning Crown Courts can focus resources on getting through more serious, complicated cases, delivering swifter justice for victims and tackling the backlog.

It follows the launch of the Ministry of Justice’s national campaign to recruit 4,000 new magistrates from across all walks of life, as well as a new, streamlined recruitment process to specifically target young people in a bid to boost diversity. Launched in January, it has already resulted in over 34,000 people registering their interest in becoming a magistrate.

Deputy Prime Minister, Lord Chancellor and Secretary of State for Justice Dominic Raab last week stated that we are doing everything in our power to bring down the court backlog, and doubling the sentencing powers of magistrates will create more capacity in the Crown Court to hear the most serious cases.

Together with an extra 30 Nightingale courtrooms currently open, digital hearings and allowing the Crown Court to hear as many cases as possible for another financial year, we will deliver swifter and more effective justice for victims.

The Magistrates’ Association has long called for this measure and it will lead to more timely justice that can only benefit all court users - defendants, complainants and witnesses.

Other moves include investing almost £450 million over the next three years into victim and support services.

We need a system which provides you with the justice you deserve, and these changes will help bring this about.