Christmas and New Year will be dominated by discussions about Covid restrictions, but for those of us in England, this year is quite different. 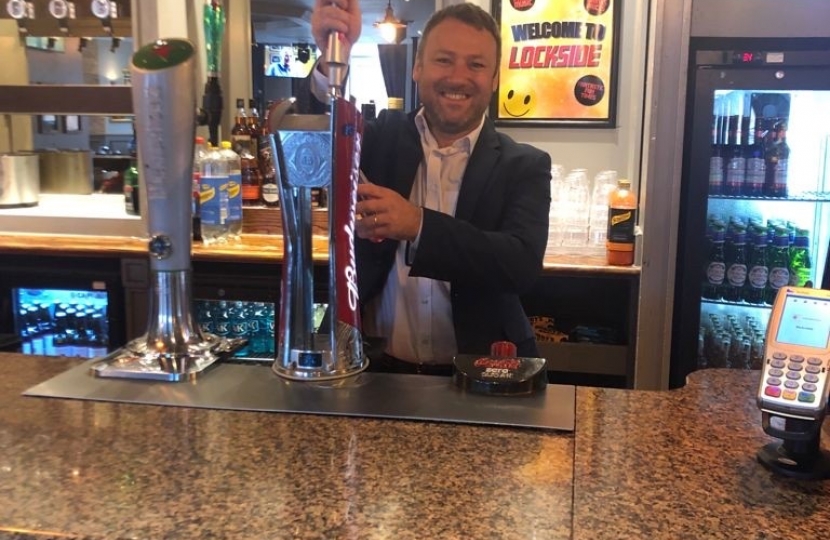 Only a couple of weeks ago I wrote about my concerns over introducing any more restrictions and whether or not they were necessary, especially based on the lack of data available for the new Omicron variant.

Despite a huge amount of pressure, I was delighted that the Prime Minister and the Cabinet took a proper look at the data that subsequently emerged, making the sensible and balanced decision that no further restrictions were required over the Christmas and New Year period. For me, this was absolutely the right decision, and whilst it’s important to continually monitor the data, it is highly encouraging to see that our vaccination and booster programme has broken the link between infections, hospitalisations and deaths we saw this time last year.

Whilst I would still urge people to be cautious where possible, I think we need to trust the British people to use their common sense. Whilst some restrictions and guidance remain in place, looking around the rest of the U.K. it’s easy to draw the conclusion that things could be much worse.

Nobody will be enjoying a late night out at New Year in Scotland, Wales or Northern Ireland as all of the clubs will be closed. Hogmanay celebrations are in tatters and the hospitality sectors have taken an absolute hammering at what is traditionally their busiest time of the year. Even without restrictions, the trade has been hit hard in England too, which is why we have announced some extra financial support.

In SNP-controlled Scotland, sporting events are now limited to 500 people, so the 672 people who watched Worksop Town’s brilliant 3-1 win over Cleethorpes Town would beat the attendance of a Rangers v Celtic match right now. It’s even worse in Labour-controlled Wales, where events are held behind closed-doors, so you can’t watch a match outside, yet can do so from inside a pub. No, I don’t understand that one either - or the logic behind restricting outdoor exercise, such as the Parkrun events, which are safe and help improve people’s health.

As somebody who enjoys watching 1980s films, and without getting into the debate over whether Die Hard is a Christmas movie or not, I can’t help thinking that somebody in government in Northern Ireland must have been watching the 1984 Kevin Bacon movie Footloose. This must surely be the only  explanation as to why they have decided to ban dancing in hospitality venues.

We really don’t want to go back to the ridiculous situation, such as in Wales, where we saw supermarkets taping off ‘non-essential’ areas, such as books and children’s clothes again. All we want to see is a bit of common sense.

There are those who will say ‘lock us down’ at the drop of a hat. To those people I say, locking down isn’t ‘cost free’. It has a hugely detrimental effect on businesses, schools and people’s mental health. It should therefore be the last resort, not the first port of call.

Covid won’t simply disappear, in the same sense that flu or the common cold won’t either, so it’s about learning to live with the virus.

In the meantime, I hope you all had a wonderful Christmas and you have an enjoyable New Year with the people who are important to you.

If you get the chance then please help to support our local hospitality sector. I will be!

Largest cut to personal taxes in a decade, slashing taxes for 1.6 million people across East Midlands