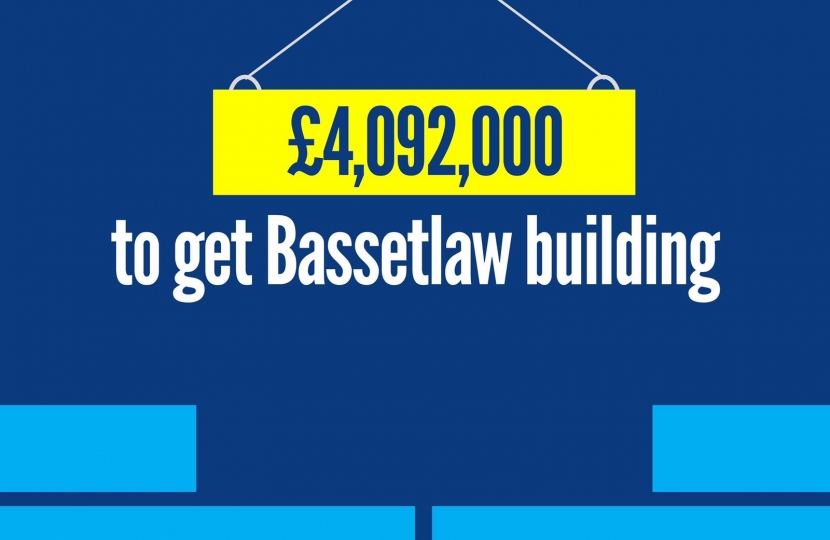 Last month, Prime Minister Boris Johnson announced the creation of a £900m ‘Getting Building Fund’, aimed at fast-tracking “shovel-ready” projects across the length and breadth of the country.

Following the announcement, I spoke with Bassetlaw District Council about possible bids the Council could submit, following the previous disappointment at Bassetlaw District Council failing to secure investment from central Government in previous rounds of funding. I have been campaigning on behalf of constituents to secure the much needed funding required to bring jobs and investment into Bassetlaw.

The Government announced yesterday the “shovel-ready” projects that will be receiving funding across the country, and I am delighted that in Bassetlaw we will be receiving over £4 million. This will include £3.5 million for Bridgecourt Campus, and £592,000 for the Turbine Innovation Centre.

At the last election I stood on a platform promising to work with Bassetlaw District Council and the Government to secure vital investment into our often-forgotten towns. As the first Conservative Member of Parliament for Bassetlaw since 1929, I appreciate the appetite for change expressed by the residents of Bassetlaw, not just last December but also in the EU referendum in 2016. As a Nottinghamshire lad, I have witnessed the slow decline of our former industrial heartlands and this investment will go a long way to providing a brighter future for the people of Bassetlaw, creating jobs and educational opportunities.

I hope that this is but the first of much needed investment to come, and I will continue to work to ensure that Bassetlaw gets its fair share of any future Government funding.

Aim - I'll make sure new housing developments come with the services they need, particularly in places such as Harworth and Bircotes. I'll push for more facilities like schools, GP surgeries and shops so that local demands are met.