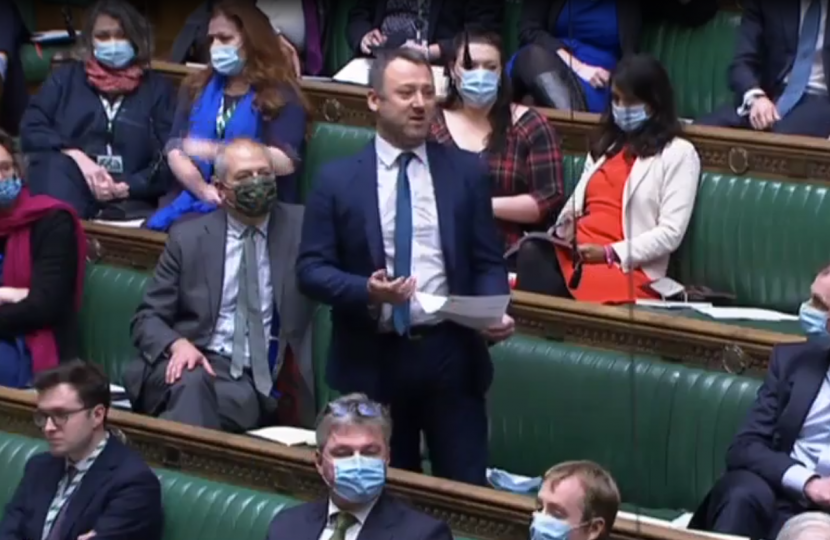 Many of you took part in my survey last year about the cost of television licences, with some even suggesting it is abolished and we should move to a subscription model. I am delighted that this week an announcement was made to freeze the cost for the next two years. The BBC had originally asked for an increase to £180. Culture Secretary Nadine Dorries announced the fee will remain at £159 until 2024 and then rise in line with inflation for the following four years.

I share the concerns of many over the cost of living and that many are having to tighten their belts at the moment, whether that’s hardworking families, pensioners or our businesses. I don’t see why the BBC should be any different and I made this point to the Culture Secretary, as well as suggesting that one way they could make a saving would be to look at some of the salaries they pay out. As an example, the BBC’s top earning presenter earns £1.36 million per year.

The plans for the new licence fee settlement cover a period of six years and will take effect from 1 April 2022 until 31 March 2028.

The settlement will give the corporation the financial certainty it needs and a clear funding stream to deliver effectively on the Mission and Public Purposes set out in its Royal Charter while protecting households at a time when many are facing financial pressures.

It means the BBC is expected to receive around £3.7 billion in licence fee funding in 2022 and £23 billion over the duration of the settlement period. The BBC also receives more than £90 million per year from the government to support the BBC World Service.

The BBC’s Royal Charter sets out that the current licence fee model should remain in place until the Charter concludes on 31 December 2027 and the Culture Secretary is required to set out funding for the corporation for the remainder of the period.

Following a period of negotiation she has concluded the settlement must shield licence fee payers from the current inflationary pressures for the next two years while providing billions of pounds and secure funding for the BBC for the next six years.

She believes the settlement strikes the right balance between protecting households and allowing broadcasters to deliver their vital public responsibilities while also encouraging them to make further savings and efficiencies.

The licence fee settlement is only one step in the government’s roadmap for reform of the BBC. Many of you have contacted me regarding impartiality and editorial standards and a Mid-Term Review will also look at whether the plan has contributed to improving the internal governance of the organisation.

Looking further into the future and, in light of the huge changes in the broadcasting landscape over the past decade with the arrival of streaming and video on demand, the government will also separately consider whether the licence fee will remain a viable funding model for the BBC.

Given recent events, I have opened up my BBC License Fee Freeze Survey which you can take part here: BBC Licence Fee Freeze | Brendan Clarke-Smith (brendanclarkesmith.com)