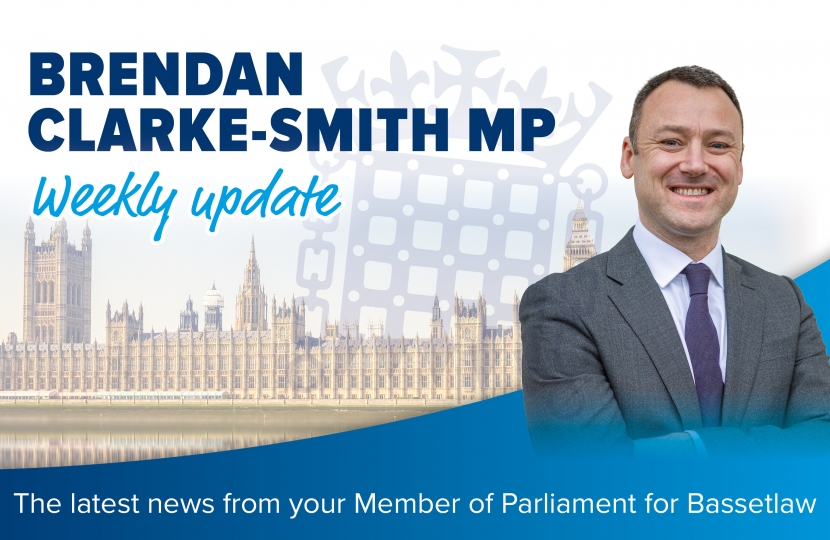 I hope you all had a wonderful Christmas and New Year. This week I headed back to Westminster and I thought it would be a good time to update you all on the strong start to the new year we are having.

We are rolling out the fastest booster programme in Europe, building a wall of defence to protect people and save lives. Nine in ten people aged 12 and over have now received a first vaccine dose – and 33 million people have received booster or third dose jabs, more than any other country in Europe.

Getting more people into work than ever before with our Plan for Jobs, with the number in work up significantly on before the pandemic began. The number of payrolled employees rose by 257,000 over the last month to 29.4 million – significantly above pre-pandemic levels.

Cutting taxes for low income families and boosting wages, helping working families meet the cost of living. We have reduced the Universal Credit taper rate from 63% to 55%, as well as raising the National Living Wage by 6.6% to £9.50, giving a £1,000 pay rise to 2 million of the lowest paid.

Leading the way on investment in tech, with twice as much tech investment last year as in Germany and three times as much as France. Investment in the UK Tech sector more than doubled last year to reach record highs, as tech firms raked in £29.4 billion of investment – double Germany’s £14.7 billion and more than triple France’s £9.7 billion.

Delivering the biggest catch-up programme in the NHS’s history, so that everyone can get the care they deserve. Over the next three years, we will invest an extra £36 billion in funding for health and social care, delivering around nine million more checks, scans and procedures – elective activity will be around 30% higher than pre-pandemic.

Recruiting 11,053 new police officers and boosting police funding to cut crime in our communities. We are boosting police funding by £1.1 billion this year – taking total funding up to £16.9 billion for 2022-23. We have also recruited 11,053 new police officers as part of our manifesto commitment to put 20,000 extra police on the streets, and are backing our police with new powers to keep our streets safe in our Police, Crime, Sentencing and Courts Bill.

Passing our Nationality and Borders Bill through the House of Commons in December, strengthening our borders and cracking down on people smuggling gangs. Our new bill introduces new and tougher criminal offences to crack down on illegal immigration, including life sentences for people smugglers, and gives new powers to Border Force while making it easier to swiftly remove those who enter the UK illegally.

Agreeing 70 free trade deals around the world, including a historic deal with Australia, which alone will unlock more than £10 billion worth of trade as we seize the opportunities of Global Britain.

Apprentice of The Year Competition

As we approach National Apprenticeship Week next month, I’m launching my Apprentice of the Year 2022 Competition for Bassetlaw.