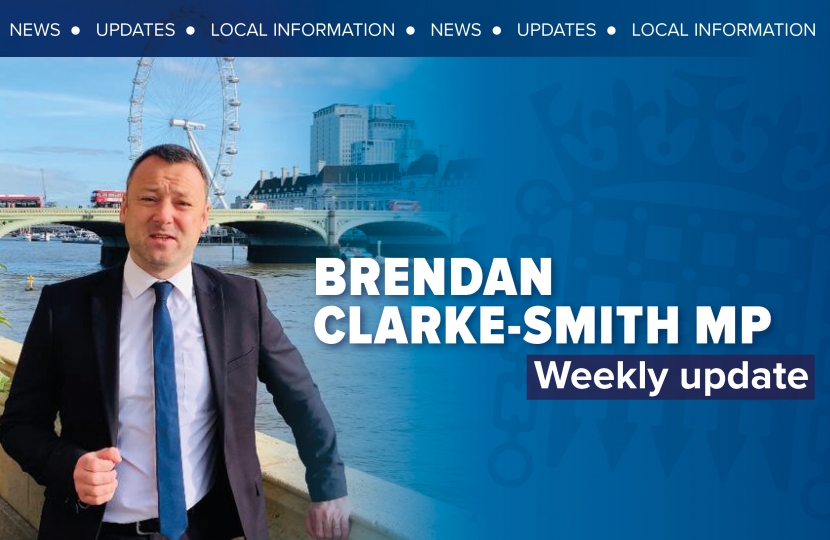 You may have seen the story of Quinn and his friends being stuck in a quarantine facility in Italy for nearly two months, unable to return until they produced two negative test results.

For whatever reason, this simply wasn’t happening and there has been a campaign to bring them home.

I spoke with Quinn and also had the pleasure of meeting his family, who appeared on television as part of the appeal. I also met with the Foreign Secretary to discuss the case and the Foreign Office was working with the Italian authorities to resolve the situation.

In the end, Italy changed its requirements, which meant Quinn and his friends could be freed and I am delighted this has finally come to an end.

This week, I was also invited to the opening of the new £21million ASDA store at Sandy Lane, which

has created more than 200 jobs for our local area. At a time when people are experiencing great difficulties, having such a large investment coming to the area is something to be welcomed. Thank you to the new store manager Craig for showing me around and introducing me to staff.

Some have raised the issue of people shopping out of the town centre and what we can do to encourage people to use our high street more. This is one of the reasons I started my free parking campaign, so if you haven’t already done so, please sign the petition via my website.

Finally, congratulations to North Notts Arena and manager Nigel Turner for securing a grant of close to £50,000 from Power To Change.

This will help develop an IT suite, including an internet cafe for the elderly and disadvantaged, and function rooms, which can be used to deliver training locally.

This is on top of around £3,000 raised locally and other grants secured from the National Lottery, Severn Trent and Sport England.

The arena is a vitally important asset to our local community and I would urge people to support this great local facility.

The way they have managed through this epidemic has been commendable and I look forward to them serving the people of Worksop and Bassetlaw for many years to come.

Whilst I am disappointed that we will be in Tier 3 restrictions once we leave lockdown, I think it is important to clarify that there are some key differences from the restrictions we were under previously (referred to by some as ‘Tier 3+’).