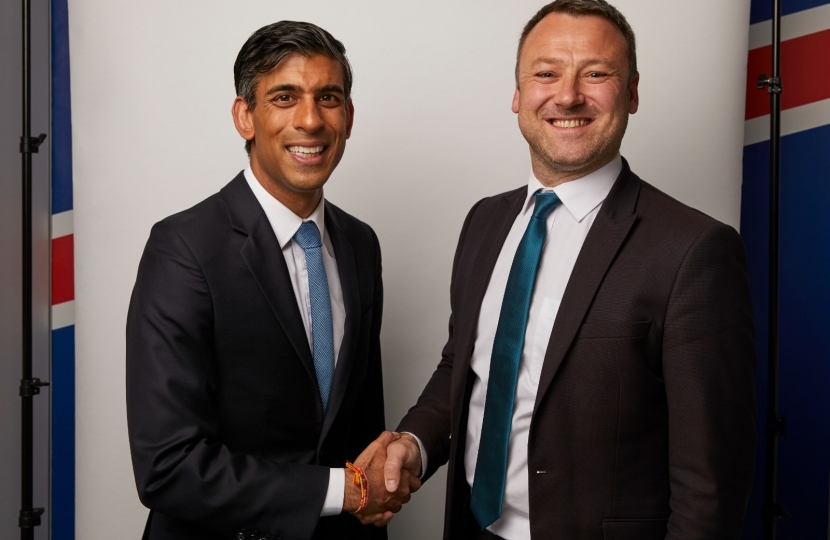 Much has been made recently over the cost of energy and the potential for rises when the price cap is reviewed in April.

This week in Parliament the subject of the Opposition Day debate was VAT on energy bills, although it also attempted to take control of the order paper. If you aren’t familiar with this procedure, it is effectively what happened during the last Parliament when MPs couldn’t agree on Brexit. This would mean that the opposition decide which things are debated and they would also get an opportunity to put forward their own legislation.

This isn’t how government is supposed to work, and unlike the last Parliament this is easy to vote down with a large majority and therefore didn’t succeed.

The option to cut the price of bills by scrapping VAT on energy bills was not an option whilst we were members of the EU. It currently stands at 5%.

Of course a 5% cut would only represent a saving of about £1 per week, so wouldn’t really make much of a difference to people’s bills, despite it costing the Treasury at least £1.7 billion to implement.

It also wouldn’t help those most in need with their bills, the way the Warm Homes Discount Scheme does with a £140 grant each year. One option would be to increase this amount and the number of people eligible for help. I have met with the Treasury and Chancellor Rishi Sunak to discuss what we can do to help with the cost of living.

What people don’t realise is that up to 25% of their energy bills are for ‘social and green levies’. Some of these will be for investment in renewables such as wind or solar power and others for things like insulation schemes.

In Bassetlaw £320,000 was awarded to council-owned Kilton Forest Golf Club to cut their carbon emissions and to replace the heating system. The return on this could potentially take hundreds of years and the relatively modest carbon reductions could be done by planting trees at a fraction of the cost. It was criticised at the time by groups such as the Taxpayers Alliance.

At a time when many families are struggling with the cost of living, I think it is fair to question whether this is the kind of thing they should be subsidising through their energy bills. Indeed, it is fair to ask whether these sums of money would be better spent replacing the boilers of hundreds of the poorest people in the Bassetlaw area.

But the main issue causing the increase in energy costs is the volatility in global wholesale prices. We need to be less reliant on places like Russia and more self-sufficient with our own energy production.

That’s why I am pleased that we are finally having a sensible conversation about the benefits of things such as nuclear energy and the vast amounts of clean energy this can produce.

There’s no reason why we can’t reach net zero by 2050 AND reduce people’s bills at the same time. It’s doesn’t have to be one or the other.

What we do need to make sure of is that money spent on renewables and energy saving schemes is being used effectively and we first of all have enough of a supply to keep bills down.