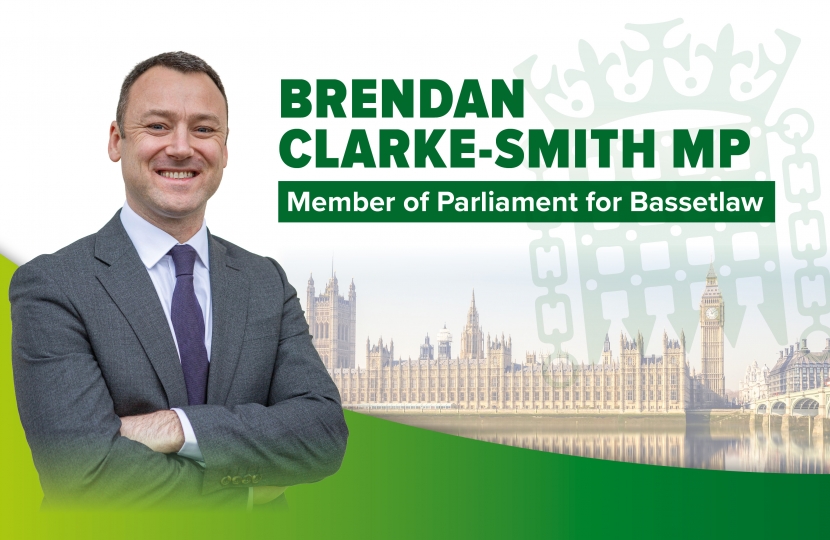 More than 200 independent cinemas across England are being supported this Christmas with £16 million in grants from the Government’s £1.57 billion Culture Recovery Fund.

Brendan Clarke-Smith has welcomed this news locally – with independent cinemas including Savoy Worksop being supported in Bassetlaw. So far, cinemas outside of London have benefitted from 78 per cent of this funding.

In the East Midlands, total Government support for independent cinemas is so far £1,830,719 from the Government’s support package. Independent cinemas will be able to apply for another £14 million in grants in the new year as part of the second round of the Culture Recovery Fund.

The Culture Recovery Fund is an unprecedented package worth £1.57 billion to protect Britain’s world-class cultural, arts and heritage institutions through the coronavirus pandemic. Many of our much-loved institutions – from theatres, museums and pantomimes – have been able to apply for funding to help weather the impacts of coronavirus.

Recognising that cinemas need content, the Government’s £500 million Film and TV Production Restart Scheme has helped keep the cameras rolling. The scheme opened for applications in October – and has assured nearly 100 productions that they will be supported if future losses are incurred due to coronavirus and provided the confidence, they need to restart filming.

From today, the scope of the Restart Scheme has been extended so that cast and crew over the age of 70 can be included in the cover provided by the scheme – giving them confidence to start or restart production, increasing employment opportunities for this group.

“The magic of film is such an important part of the festive period and this investment will help protect our independent cinemas so they're around for many Christmases to come. Alongside it, the extension of the Film and TV Production Restart Scheme means the UK will be producing even more great content as the cinema industry recovers, keeping us at the forefront of the creative industries.”

“I know how much people enjoy visiting their local cinemas and how important they are to our communities. I am delighted that independent cinemas across the country, including Worksop Savoy have received support from the Government. This will be vital for these venues through Christmas and beyond.

“The Restart Scheme has already helped to get 100 productions up and running and, by extending it to the over 70s, this means we can support even more jobs as our country recovers from coronavirus”.

Yesterday I spoke in the debate on Free School Meals and Remote Learning, which were part of an Opposition Day, where the Opposition choose the subjects to debate.