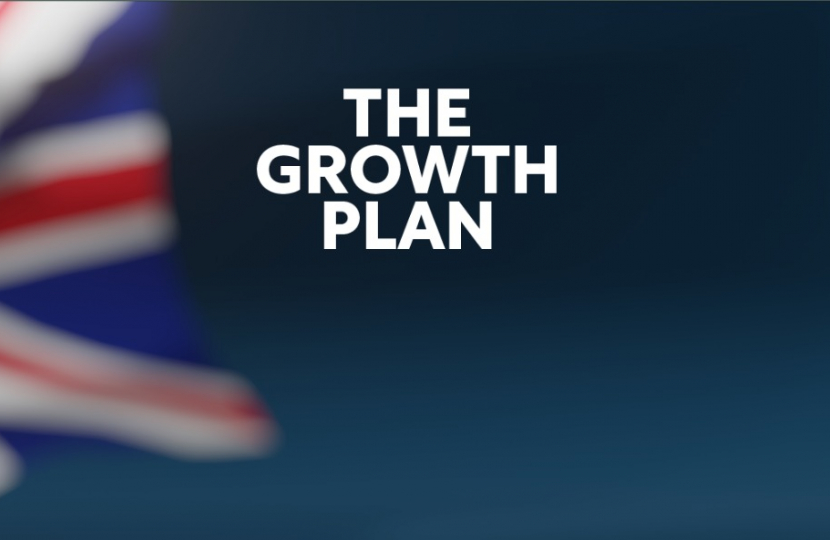 Today the Conservative Government delivered The Growth Plan – setting out support for families with their energy bills and unleashing a new era of growth through tax cuts and investment incentives.

The Chancellor also confirmed people across East Midlands will benefit from personal tax cuts – cutting National Insurance contributions by 1.25 per cent, putting an extra £330 a year in people’s pockets and helping them with cost-of-living pressures.

The Conservative Government’s Growth Plan also unleashes 38 Investment Zones across England, unlocking housing and driving growth through tax incentives and over 100 infrastructure projects that will be accelerated.

These measures will unleash growth through tax cuts and reform, tackle the immediate energy crisis, removing barriers for business, and building the infrastructure needed to grow the British economy.

“In the face of rising energy prices and cost of living pressures it is right that this Conservative Government has come froward with a serious support package and a plan for growth.

“I welcome support set out for people across East Midlands today, including cuts to National Insurance contributions, Income Tax and Stamp Duty – all helping families to keep more of their hard-earned money.

“Only the Conservatives can be trusted to make the reforms we need to grow our economy – delivering higher wages, lower taxes and more money for our public services.”

Commenting, The Chancellor of the Exchequer said:

“Growth is not as high as it should be. This has made it harder to pay for public services, requiring taxes to rise and cost of living pressures to increase.

“We need to change this and be unashamed in our Growth Plan – expanding the supply side of the economy, through tax incentives and reform, whilst we help families now by cutting their energy bills by £1,400 a year and slashing personal taxes.

“That is how we will deliver higher wages, greater opportunities, and crucially, fund public services, now and into the future.”

The East Midlands is set to benefit from 5 of the 38 of the Conservative Government’s new Investment Zones to get their local economies growing across the region.