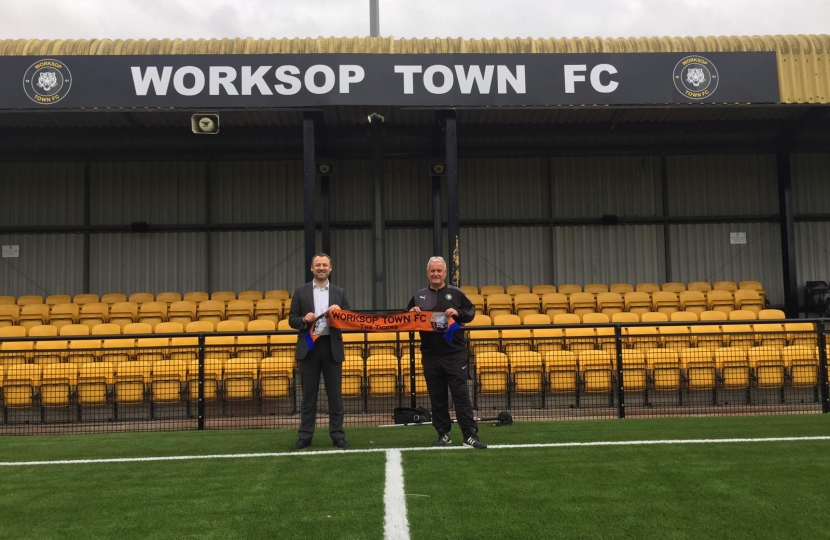 I was very disappointed to hear plans for a group of clubs to break away and form their own European Super League. It represents everything that is wrong with football and I’m glad they’ve now backed down.

Real football fans will understand the passion and sense of belonging that comes with following our clubs.

Frustrating? Yes. Depressing at times? You get used to it. But would I ever change my allegiances? Not on your life. Being a football fan means a lot more than winning silverware or having millions of viewers around the world. It’s part of who we are and the communities we live in.

Growing up I always dreamt of scoring in the FA Cup Final and playing at Wembley. The FA Cup was about far more than just the winners. It was about the Ronnie Radfords of this world scoring for lowly Hereford against mighty Newcastle. It was about non-league Sutton United beating previous winners Coventry City. It was about Wimbledon’s Dave Beasant making history and saving John Aldridge’s penalty.

This was real Roy of The Rovers stuff. Now this competition, the most historic in the world, has been cast aside and treated as an inconvenience. We live in a world where finishing 4th or 5th in the league is suddenly more important than a competition that a club should be proud of taking part in, let alone winning.

Many would say the introduction of the Premier League greatly improved the standard of our game. We are arguably the best league in the world and there have been other improvements, such as safer stadia and a more family friendly atmosphere. Many clubs also have superb community programmes and I don’t think everything that has happened other the last 30 years has been bad.

But for many, the relentless pursuit of success and perfection has meant the loss of the game’s soul. I think we’ve all commented on how strange it is watching Match of The Day without any fans. For me, this is the way the game is headed if it goes down the European Super League route. Yes, there will actually be people in the stadium, but where is the soul? Where is the dream?

It’s not all been bad as a Notts County fan. We’ve had the odd promotion, Wembley trips, some great games and days out (one particular game against our nearest neighbours stands out), as well as winning the prestigious Anglo-Italian Cup in 1995.

I never thought I would see Derby County and Nottingham Forest supporters cheering on Leicester City when they heroically won the Premier League title, but they did. Why? Because they understand football.

In many ways football mirrors life. We continue in the face of adversity, but this makes the special moments even more poignant.

Barcelona v Real Madrid? No thanks. Give me a cold and windy night at Worksop Town with a pie, a pint and good company any time.