Being a Member of Parliament and Remembering Sir David Amess 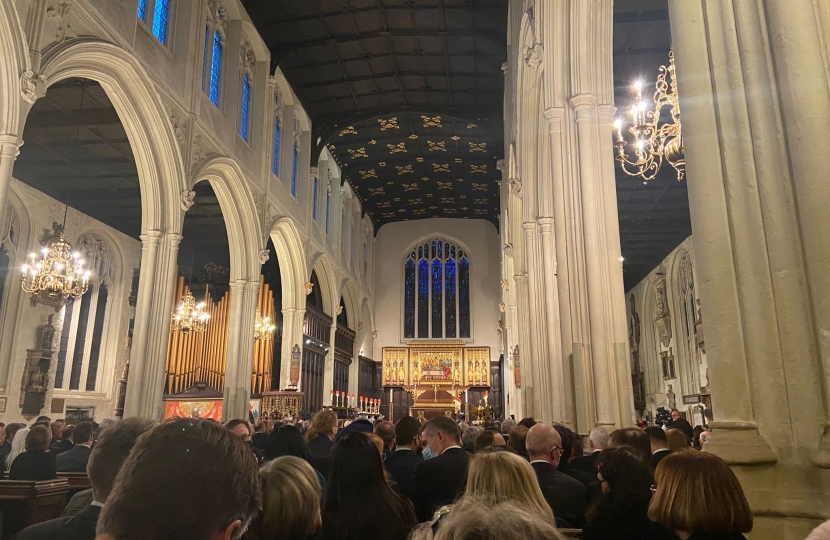 Last Friday I was holding one of my roving constituency surgeries as I usually would do on a Friday. I held this at Langold Village Hall, where the walls are adorned with artwork representing some of the old buildings in the area and where the stage boasts a mural of the former Firbeck Colliery. I enjoy speaking with people and it’s nice being back in the constituency after spending the earlier part of the week in Westminster.

Surgeries are an important part of the job Members of Parliament do as they represent an opportunity to meet face-to-face with constituents and to discuss their problems and what we can do to help. Covid-19 has meant many MPs having to do surgeries through Zoom or by telephone and whilst these can be useful, it just isn’t the same as meeting somebody in person.

What happened later that day will stay with me for the rest of my life. Nobody expects to see a friend or a member of their family go to work and to never come home. But that is what happened in Leigh-on-Sea and we are now mourning the senseless murder of a dearly loved colleague.

Sir David Amess MP was a rarity in politics. A popular man who was the very epitome of what a backbench MP should be and who fought for his beliefs and for his constituency. Sir David was well known for his beaming smile, his passion for animal welfare and his long-running campaign for Southend to become a city – a campaign that was to be successful on the Monday following his death. A fitting tribute and one I wish he were here to see happen himself.

Many colleagues will have had difficult conversations at home following David’s murder, which followed the killing of Jo Cox MP and another knife attack on Stephen Timms MP. Some, especially those with young families, will have been asked whether the job is really worth it. I say it is always worth it. It is worth it because we can make a difference and the risk that public figures put themselves at is a risk many of those such as our police, our emergency workers or armed forces put themselves under many days.

We must not allow those who wish to destroy our democratic system or our way of life to stop us from doing our jobs. The relationship between MPs and their constituents in this country is one of openness and accessibility and is something we should value. I cannot think of a country in the world which does this as well as we do in the UK. We must not lose this and I will be continuing my surgeries as usual. I will not let these people beat us.

MPs receive a lot of abuse, especially online, and whilst legitimate criticism must always encouraged, it is wrong that this sort of behaviour continues and quite wrong that they should face threats towards themselves and their families. Contrary to the beliefs of some, there is a human being behind the public face. Whilst I may disagree with my opponents, I do not believe they are bad people – I simply believe they are mistaken.

So let’s take this opportunity to reflect. In my maiden speech in the House of Commons I quoted Jo Cox MP and I still agree with her now. We are far more united and have far more in common with each other than things that divide us.

World AIDS Day takes place on 1 December each year. It’s an opportunity for people worldwide to unite in the fight against HIV, to show support for people living with HIV, and to commemorate those who have died from an AIDS-related illness.