Additional funding to upgrade A&E facilities ahead of winter 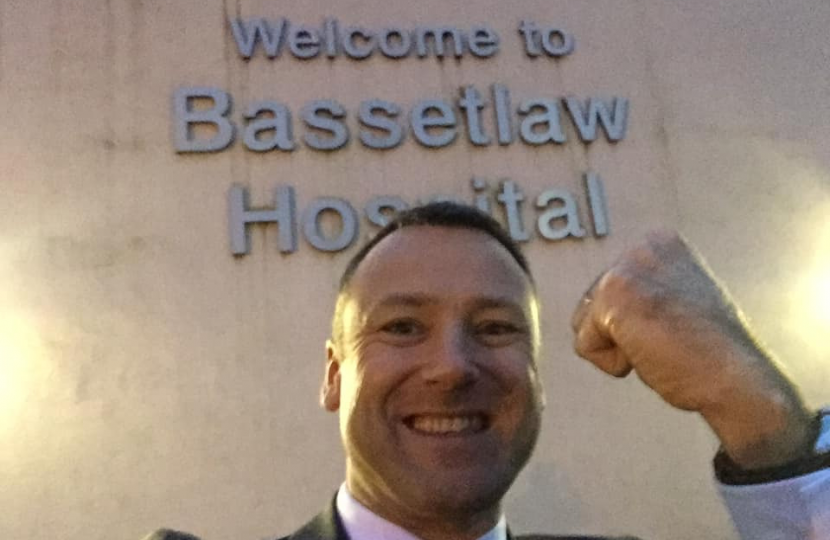 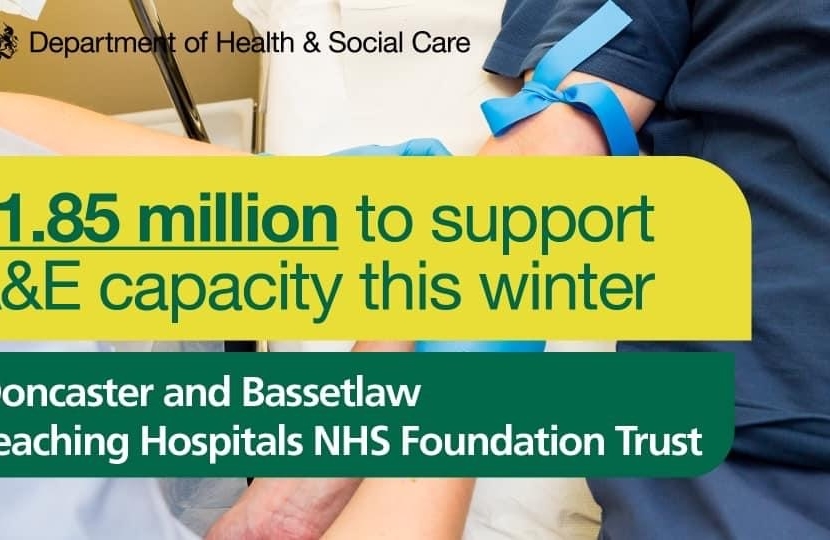 I welcome news that Bassetlaw and Doncaster Teaching Hospitals NHS Foundation Trust is set to receive an additional £1.85 million in order to support A&E capacity ahead of the winter months.

The extra £1.85 million means that the Trust will be able to increase its A&E capacity, put enhanced infection prevention and control measures in place and make improvements to emergency care and urgent treatment services.

Across England, the Government is providing £300 million to A&E departments, with work to be completed by the start of next year so hospitals can benefit from the upgrades during the peak of winter.

In June, the Boris Johnson announced plans to accelerate £5 billion of infrastructure spending as part of his New Deal for Britain – an ambitious economic strategy to rebuild Britain by putting jobs, skills and infrastructure investment at the heart of the Government’s plans. This funding forms part of the New Deal, which allocated a total of £1.5 billion this year for hospital maintenance, hospital building and A&E expansion.

The funding also comes on top of the additional £3 billion that the Prime Minister recently announced to help prepare the NHS for the winter months ahead. This funding will allow the NHS to continue to use the extra hospital capacity acquired from the independent sector through the coronavirus pandemic, and also to maintain the Nightingale hospitals until the end of March next year.

Local NHS staff have worked tirelessly over recent months, and I would like to thank them for everything they have done to get our local community through the coronavirus pandemic. While we hope for the best this winter, its right that we plan for the worst. This funding to upgrade A&E across the Trust will ensure that we are in the best possible position for the challenges that the winter months may bring.

This money is on top of the £15 million announced last November for upgrades at Bassetlaw Hospital and the new £3.5m recently announced for a University campus in Worksop to train future health workers.

The Government is also extending the criteria for the flu vaccine this winter, so anyone over 50 can get a free vaccine on the NHS.

As a Conservative, the NHS is my top priority and I was elected last December on a promise to deliver record NHS investment and level up the health service across the country. I am delighted to see the Conservatives in Government getting on with doing exactly that.

Aim - Let's make sure we can all access great healthcare - with £33.9 billion in extra NHS funding  every year by 2023-2024. My wife works as a doctor at Bassetlaw Hospital, so I know first-hand what our amazing NHS staff do. I'll always protect our local health services.