Speaking Up for Beer and Pubs 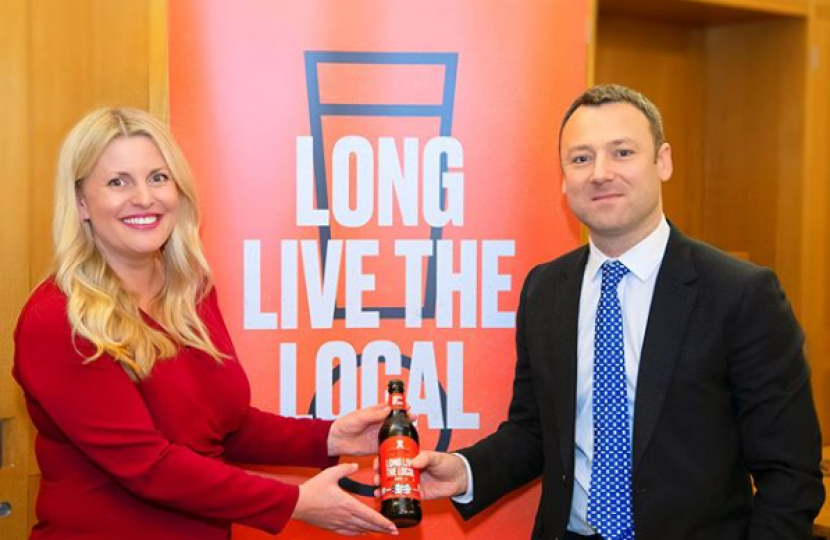 Pubs play a crucial role in the social and economic life of our nation, as well in helping to promote responsible drinking, which is why I'm encouraged by the support which has been made available to pubs and our manifesto commitment to further cut taxes for small businesses.

To further support pubs, a freeze on beer, cider, and spirit duties was announced last year.

I welcome these decisions, though I'd like to see these rates cut in the upcoming Budget.

I'm an outspoken champion of 'Long Live the Local', a campaign dedicated to championing the role of pubs in our communities and culture, and battling beer tax.

The UK has one of the highest beer tax rates in Europe and 7 in every 10 drinks served in our pubs are beer. Ultimately, beer duty acts as a tax on our nation’s pubs, driving consumers away from community businesses to buy cheap beer, which is then consumed at home. That's not what I want to see in Bassetlaw - or anywhere in the UK.

So, I've written to the Chancellor, Sajid Javid, in advance of the Budget in March, urging him to support the pub industry by cutting beer tax and raising a pint to our brilliant locals.

Today I met with Emma McClarkin from the Long Live The Local campaign. In the last three years, more than 3000 pubs have closed. Pubs play a vital role in our community and also generate taxes and jobs.